How to Get Ahead When You Don't Know Where You're Going 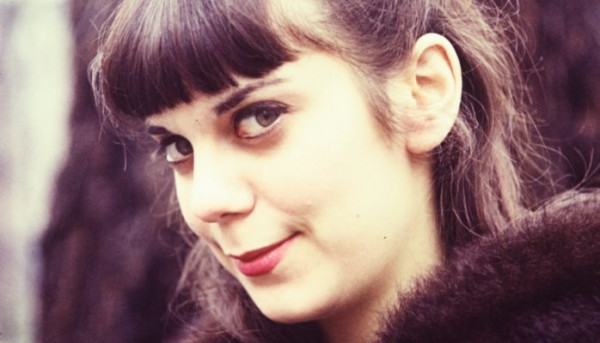 I first published this piece on LinkedIn several years ago and thought I
would share it here as well. From the reaction to it, many people -     especially students - found it helpful. Hope you do too.

I’ve wanted to be an actress on Broadway since I was four years old.  So after spending two years in London at the Guildhall School of Music and Drama and another four getting a BA in English at Temple University (my parents supported my theatrical ambitions but insisted that I also get a college degree), I moved to New York to break into “Show Business.” And like many would-be actresses before me, I found that the best job to have while pursing acting gigs was waiting table. It left my days free for auditions and acting classes, the money was pretty good and you could eat all the hamburgers you wanted.

So I appeared nightly on Broadway - as "Wendy the Waitress."

I worked at a restaurant located in the heart of Broadway and frequented by actors, producers and agents as well as theater goers. One night an older guy in a suit sat at my table. Ever mindful of tips, I was my usual charming self and when he asked if I was an actress I wisecracked, “Are you kidding? Every waitress, busboy, and cabdriver in this city is an actor!” He then gave me his card and told me to call him.  He was the head of commercial casting at William Morris –  one of the world’s largest talent agencies.

How to blow your big break.

The next day I went to see the agent at his office and he told me that he thought I was perfect for Proctor & Gamble commercials. He wanted to present me to P&G as soon as possible but was flying to LA the next day. I was supposed to call him in a week. I called three months later. Again, he told me he was serious about representing me but he cautioned, “You have to come in to see me every day. That’s the system. You stop in, check in with me. If I have anything you’d be right for, I’ll send you out for it. You do that every day until you land a role.” I never went back.

I realized that I had just blown my big break. I also realized that I didn’t want to do commercials and I probably didn’t want to be an actress. I loved acting but I HATED show business. Too unstable. Too crazy. I wanted other things like a husband, family, and steady paycheck.  (Although not necessarily in that order.) Since I was working nights and all my friends and potential suitors were working days, I decided to get an office job and found a position as a receptionist in an ad agency.

I knew nothing about advertising except that I didn’t want to act in commercials.  But all I had to do at the reception desk was answer phones, greet visiting clients and read magazines. That was fun for about a day and a half. Then I got bored. So I roamed around the floor asking the secretaries if I could help them with their typing. (I typed 13 words a minute but figured it was better than re-reading Life Magazine for the 14th time.)

About six months later the creative department secretary left for lunch just when one of the writers needed a piece of copy typed. (Please remember, this was WAY before word processing and even electric typewriters were relatively new.) The writer was working on another piece against a deadline so he didn’t have time to retype it himself or wait for the secretary. Knowing that I had helped out before, he asked me if I would give him a hand. I readily agreed and promptly started asking him questions about the format so I would get it right. He not only patiently answered my questions, he seemed pleased when I understood his answers. That’s when I first learned what a headline, subheads and body copy were.

How to drive HR crazy.

A week later the creative secretary went out to lunch again, this time to celebrate her promotion to junior copywriter. The writer I had helped the week before suggested that the Creative Director ask me to be her replacement. The HR people went ballistic.  I still typed only 13 words a minute and the job was working for six writers including the Creative Director and two vice presidents. The internal recruiters had a list of secretaries with college degrees in advertising who typed 80 wpm and who had been waiting to transfer into the creative department for years. “Never mind,” said the writer to HR, “she asked questions and she understood the answers. She’ll learn to type faster. We're hiring her.”

How to get career advice - and a free lunch.

Two weeks after I became the creative department secretary I realized that I would love to be a writer.  Or maybe an art director, since I had gone to art school every Saturday from third grade through high school. Having no idea how to transition from secretary to copywriter, I decided to go to the top guy for advice. Although I was officially working for a VP., Group Head, I decided to go directly to his boss, the Senior VP, Creative Director. (If you watch “Mad Men” he was the equivalent of Don Draper).  I figured “Don” controlled the budget and was the ultimate decision maker anyway. (Of course, I told my immediate boss of my intention and got his blessing before I tried this move.)

I knocked on “Don’s” door, ducked my head in, and asked if I could take him to lunch the next day.  I think he was so shocked by my nerve that he couldn't think of a way to refuse, so he said yes. During lunch I showed him my paintings and essays. After seeing my art work he offered to sponsor me as a freelance artist. This was quite an offer since his wife and father were both major movers and shakers in the NYC art scene. But I said no.  I figured being a freelance painter wouldn’t be any more secure than being a freelance actor.

When I expressed this belief he said, “In that case, become a copywriter. You won’t need as much technical education as an art director does and you’ll make more money.” Sounded good to me!  Then he offered to have the agency pay for my copywriting classes at the best school in town.  Oh, and he picked up the lunch check.

Nine months later I was promoted to Junior Copywriter.

By that time I was completing my third round of copywriting classes and had been ghostwriting ads for other writers at the agency for months. In fact, by the time my promotion came through, I already had a dozen ads running in major media including Playboy, Cosmopolitan and the New York Times. (Mind you, I was never paid for this work since it was done on my own time and credited to other writers in the department, but I still had the start of a great portfolio.)

How to search for a job in a new town.

Eventually though, I was part of a downsizing at the agency (my first, but by no means my last such experience). At that point I had met and was engaged to my husband and we decided to move back to my hometown, Philadelphia. Preparing for the move, I wrote to the creative directors of ten agencies in Philly telling them I would be town about two weeks later and wanted to stop in to show them my book. All ten agreed to see me although only one agency had an opening. That agency hired me the day after I interviewed.  A few months after I was there, I got a job offer from another agency and a third one called me about a year after that.

The lessons I learned from these experiences continue to be helpful to me and are summarized below. Hope they help you, too.

1. Know what you like to do and what you don’t like to do. If you like to write, paint, etc.,get in front of people who do these things for a living or a hobby and let them know of your interest. Look for professions that will pay you to do these things. Fine artists can work as art directors, musicians can teach music as well as play it, writers can support themselves writing ad copy while working on the Great American novel. At least you're using your talent while supporting yourself.

2. Realize that every job comes with a certain lifestyle. If the lifestyle is a bad fit for you than the job probably is too.

3. Life is too short to waste it being bored. Don’t be afraid to try something new.  You might like it.

4. Look for ways to contribute even if they are not in your official job description. It’s the surest way to EXCEED expectations not just meet them.

5. Ask questions. Read. Watch the action around you. Enroll in classes.    Take advantage of every educational opportunity you can. Knowledge is power and always will be.

6. If people like you they’ll be willing to make allowances for what you don’t know as long as you show them that you’re willing to learn.

7. Cut to the chase. Go to the decision maker if you want to know what it takes to get ahead. (But first, okay this move with your immediate manager. Jumping the chain of command is NOT the way to make friends and influence people.)

8. Don’t be afraid to give more than you get. Altruism is inevitably a gift to yourself.

9.  Don’t be afraid to ask for what you want. The worst thing that can happen is someone says no. And the chances are at least fifty-fifty that they’ll say yes.

10. Be proactive about a job search. Don’t wait until the company you want to work for advertises an opening.  Introduce yourself to them before they need you and you could end up being first in line when a job does open up. And companies have been known to create positions for the right people. It could happen to you.

11. Ask people for help. It boosts their egos and makes them feel good. Just make sure the favor you’re asking for is easy for them to deliver on. (I just asked “Don” for information. The class tuition and free lunch were his idea.)

12. Be nice to people. It's a very small world. At some point, all the people you meet on your climb up could well be the same folks you meet when times aren't so good. Do whatever you can to help others because you have no idea when you'll need their help in return. Besides, your better angels are more fun to hang with than the selfish voices in your head.